Energy market for Caspian Sea oil and its supply

The Caspian Sea countries present growing importance in the global energy market.  The largest energy producers in the region are Azerbaijan, Kazakhstan, and Turkmenistan. In recognition of the growing importance of Caspian countries in the global energy market, this article takes a look at the internal energy markets in the region and its oil and gas supply potential. The largest energy producers in the region are Azerbaijan, Kazakhstan, and Turkmenistan. The region has significantly expanded its oil and gas exports to international markets since the beginning of the 1990s and Azerbaijan, Kazakhstan, Turkmenistan all have the potential to increase hydrocarbon production in the coming years. The increases in output so far have been associated with, and encouraged by, an emerging diversity of export routes and markets. The big question for the Caspian region countries is how to sell their oil and gas. Their large neighbor, Russia, has lots of oil and gas of its own, plus an extensive pipeline network to move that oil and gas. Russia’s Gazprom gas monopoly therefore does not need Turkmenistan’s gas for the Russian market nor for re-export from Russia. 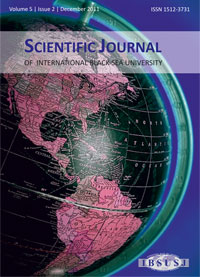