Expression of preverbal forms in the Georgian and foreign languages

In the following work we are going to examine the peculiarities of Georgian verb and its diversity in connection with functional variety along with polypersonalism. The work is of a comparative character and is basically focused on the following issue: how the diverse semantic nuances of Georgian preverbs are expressed in other languages, among them in Turkish. The nuanses of Georgian preverbs are being compared to other Caucasian Languages like Armenian as well as non-Caucasian ones such as Russian, English e.t.c. while emphasizing the similarities between Georgian and Russian preverbs as they fulfill two functions: lexical and grammatical. The following functions of Georgian proverbs are defined in the following manner: 1. denoting a direction of an action, 2. bringing different conceptual nuances in contents of an action and 3. Origination of a new lexical entry. Also, the nuance of the Georgian proverb of expressing different tenses is being emphasized in comparison with English verbs. As mentioned above, Georgian polypersonal proverbs and their peculiarities are being compared with Turkish verb which is monopersonal. The emphasis is made on a fact that in Turkish dictionaries verbs are given as masdars, and only their explanation are given, while in Georgian a lot of factors influence on the meaning of a word: preverbs and version markers in certain cases change the meaning of a word. Accordingly, the examination of grammatical-semantic meanings of the Georgian proverbs gains importance while being translated inot other languages.

Peikrishvili Zh., (1992). "Morphology of the Georgian language", Kutaisi, "Publishing house of the Rustaveli Society of All Georgia".

Tsibakhashvili G., (1960). "Lexical and grammatical functions of a preverb. "Towards the communistic growing", №6, Tbilisi.

Vachnadze N., (1979). "Translating means of a Russian po-preverb into Georgian", (under the editorship of I. Gigineishvili). "Issues of culture of Georgian word", b. II, Tbilisi, publishing house "Mecniereba". 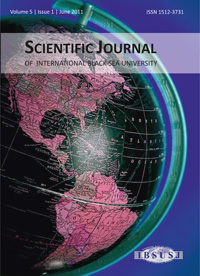