Legal Acts, Forms and Methods of Public Goverment in Georgia

In contradiction to the concept, which prevailed in Georgian administrative law we think that public government includes representative, executive and judicial goverment with typical hierarchical verticals, similar stages of activity, order of establishment and financing, territory of operation, as well as common nature of internal relationships, common ground of classification and forms of activity, but with their own diversificational features, like legal regulation of social life by legislative organs, performance of laws and by-laws by executory-ordering agencies and protection of law by means of justice and constitutional control. Despite these distinguishing features, legal acts issued in the sphere of representative, executive and judicial governments have identical characteristics classified upon their competence and receiving bodies, legal nature and juridical force, order of adoption, purposefulness and forms of expression, operation on the territory and in time. Similar form and methods of governing underline belonging of representative, executive and judicial government to the entire public government. Law-making ang law-enforcement form of operation is typical for internal and external activity of legislative, executive and judicial bodies with their own peculiarities, as well as common methods of governing, like persuasion, compulsion, adminstrative, organizational, pshycological and many others. 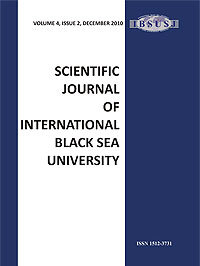