1920s of American history have been known and called as the Jazz Age. This Age is featured by flourishing of culture, in particular, the culture having originated from Afro-American roots. One of the parts of this culture is the development of Afro-American literature, especially, poetry, which was labeled by critics as “Harlem Renaissance”. Harlem Renaissance is characterized by dualism peculiar for the culture of the colored people: so-called “double-consciousness”, expressed in a psychological dilemma: should an Afro-American artist remain bound to its African roots, or is cultural assimilation in Euro-American direction inevitable for him or her. Langston Hughes, one of the central figures of Harlem Renaissance, tries to remain faithful to Afro-American roots in his creations. His poem The Weary Blues is the best example of that. The author of the article places a question: was Langston Hughes able to overcome the “double consciousness” and take pot luck with African origins and roots, or did he also not manage to escape from the assimilation in the melting-pot of American culture? And he provides the answer: the poet succeeds in promoting the folk (Black) tradition, having to compromise with the inevitable framing into American (White) reality of both the form and the content. 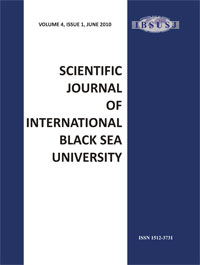