Globalisation Theories and Their Effect on Education

Globalisation is a relatively new concept in social sciences, especially in educational research and there is no agreement on its essence. The article presents three stances within globalisation theory "the hyperglobalist", the sceptical and the transformational, which reflect disputes concerning new global trends. The discussion highlights social, economic and political aspects globalization theory deals with. The article focuses on the effects of globalisation over education and the demands it has introduced to the field. Historically education played vital role in the formation of nation states and national identity. However, there is strong support to the assumption that globalisation poses a threat to small nations and ensures the dominance of Anglo-Saxon culture over the others. The article argues that globalisation, state and education are closely linked notions and if any of the components lacks, often it is difficult to have a thorough understanding of each of them. And in spite of some stances indicating to the demise of the nation states and the national education systems, the argument is developed that in the global era the role and meaning of each of them have intensified. Though the process of globalisation has brought along policies full of contradictions, the transformationalist stance suggests that positive and balanced approach be employed to react to global changes. 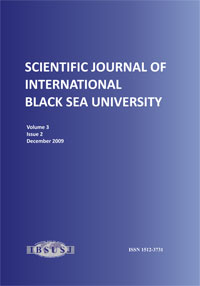